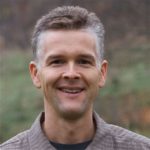 Dale has studied the Feldenkrais Method® since the mid-1990's and has been in full-time practice as a Guild Certified Feldenkrais Practitioner since 2009. Dale discovered Feldenkrais® on his journey back to running after sustaining a knee injury. He became hooked by the intriguing movement patterns combined with attention and eventually shifted from IT work to Feldenkrais. He loves helping people re-discover inner resources for healing their bodies and improving their lives.

Marly is a Certified Iyengar Yoga Teacher, dancer, farmer, organizer, and explorer of many things. She started studying Iyengar Yoga at a young age in Ann Arbor, then continued her training and certification on the East coast. Her curiosity leads her many places but the practice of Iyengar Yoga has become a major grounding and unifying force in her life. She sees this practice as a wholistic approach to learning to live well in ones self and in the world. She is ever-challenged and ever-grateful for the journey she has embarked on by bringing this work into her life. She looks forward to re-entering into the Ann Arbor Iyengar community.

Pam has studied yoga since the late 1980′s and began teaching in 2005. The thing she likes best about teaching yoga is helping students increase their sense of body awareness, strength and become more flexible (in both body and mind). The added sense of peacefulness that comes with the practice of yoga is also quite satisfying. Pam is certified at the Introductory II level. 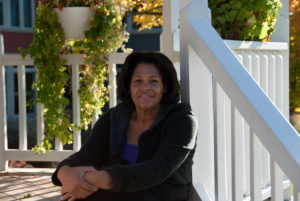 Teresa is a licensed Black-Belt Nia Practitioner, certified 5 Stages Healer, Moving to Heal, Move IT, and Nia FreeDance D.J. Recently, she entered the 12 month educational program to train for delivery of the white-belt promise to students interested in personal development or becoming a Nia teacher.

She discovered Nia after an exhaustive search for an exercise routine she could do following an extensive surgery to remove cancer that had eaten through muscle in my back and my rib cage. You name the form of exercise and I have probably tried it in my quest to regain my health and movement. When she found Nia, she truly got my life back both physically and emotionally. She is virtually pain free, much of the scar tissue both internally and externally has been alleviated and in many ways she is moving better now than she was before the surgery.